Hello, people of the “Inter Net.” I finally have a few moments to update you all, particularly those on the other side of the Atlantic, about my first week here in England. Here’s some of what I’ve observed or been up to: 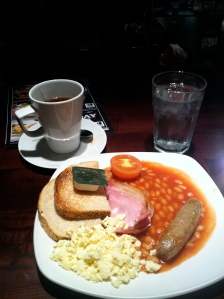 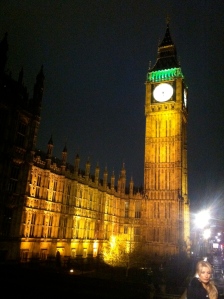 I went to Big Ben. Ever heard of it? 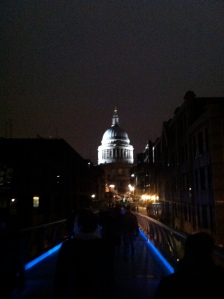 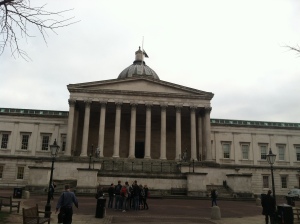 Anyway, that’s all for now from me, I think. Time to make dinner, do some reading, and get some sleep (which has been in incredibly short supply). Hopefully the sun comes out tomorrow, though I’m learning not to be optimistic on that count.

Feel free to leave a comment in the comment section below! I promise I will read it. Also my mailing address and e-mails are available under the “About” tab at the top of this web zone.

4 day weekends in London on your own while studying medieval history… can I have your life for a week or two? : ) Don’t foget to try some vegan food….!

Thanks for including us , Peter. We are enjoying reading about your exploits.. Enjoy!! Aunt Jeanne and Uncle Bill

Sounds like you’ve hit all the major sites already! Now you can enjoy freewheeling exploration at your leisure. The architecture class sounds like it’ll be great — I’m sure they’ll all be great, but let us know how you like your professors. Lovely, lovely!

Thanks for the detailed reporting! I look forward to following your exploits.

Dusk at 3:45 pm? Good thing you have some morning classes or you would never be awake when the sun is up. Thanks for writing the blog. It will be fun to follow what you are doing.

Here are my tweets